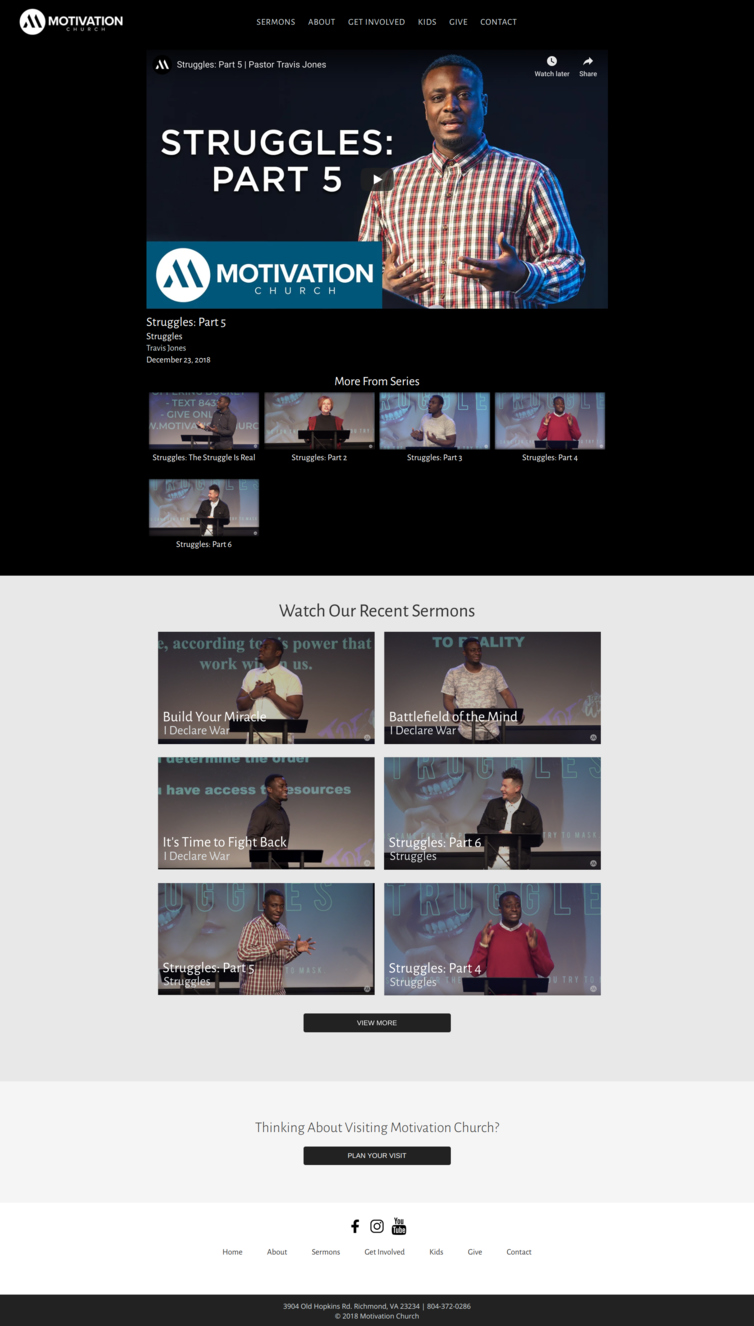 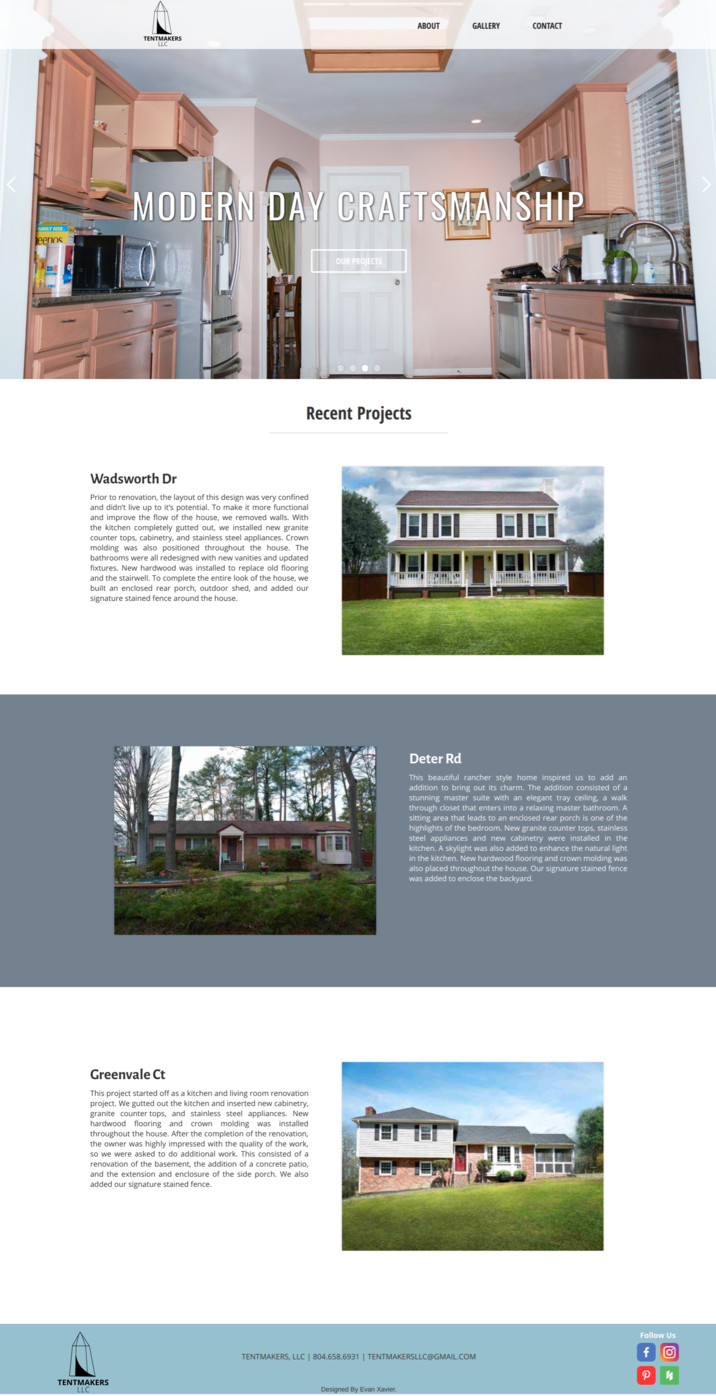 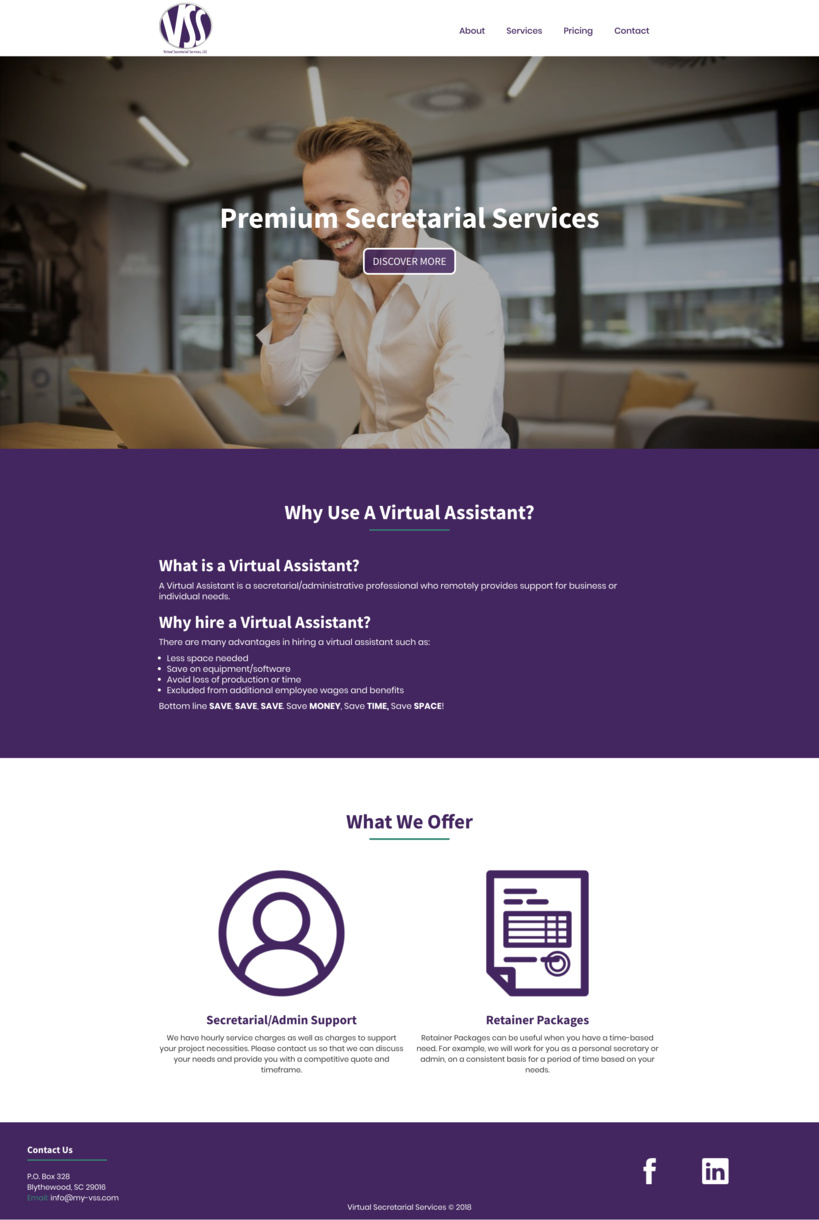 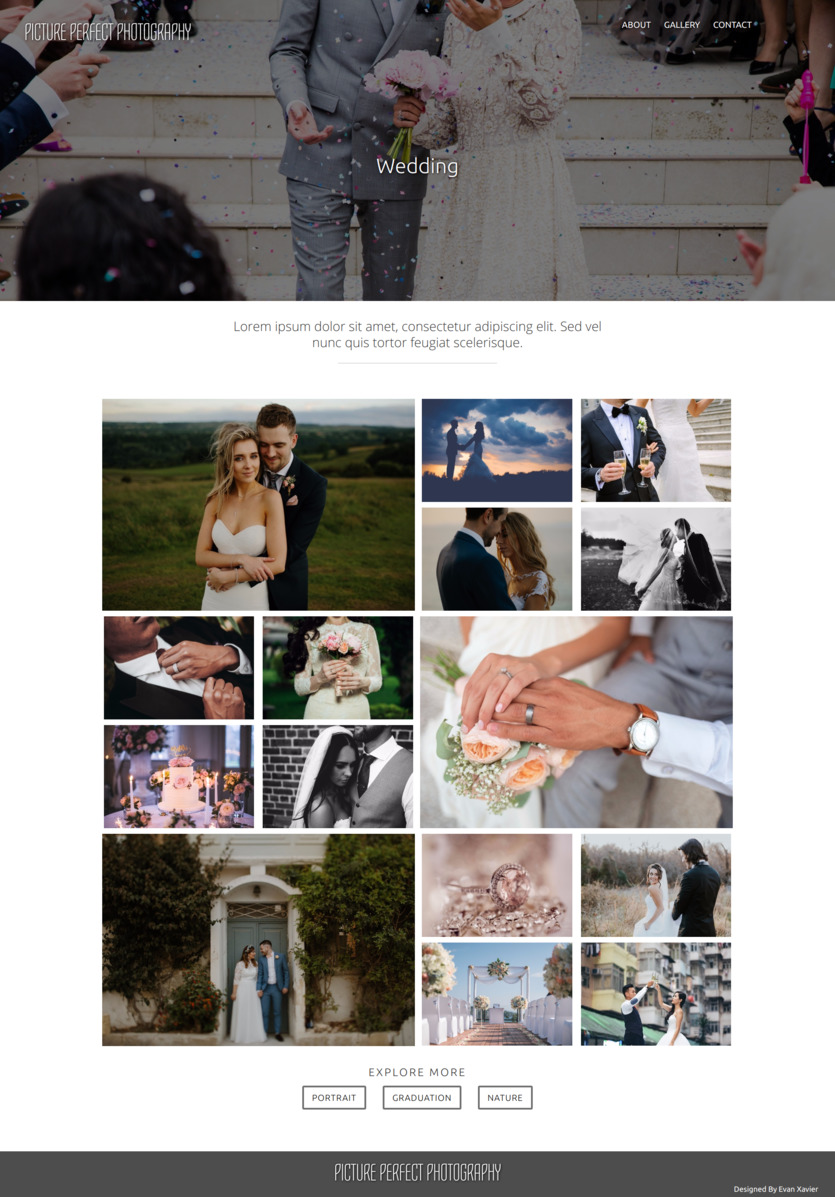 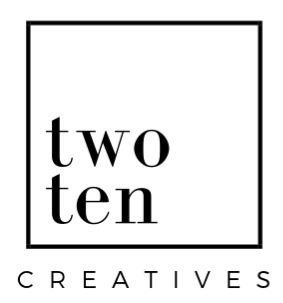 The Anomalistic is a blog website. The world is full of copycats, underachievers, and people pleasers. The overall goal of The Anomalistic is to push people to be greater. God has given everyone the ability to make an impact like no other. He has plans so detailed that the human mind can't even imagine. The site is filled with encouragement, inspiration, and purpose to help people be who God made them to be!

This was the site that started it all. Two Ten Creatives founder, Evan Smith, wanted to find a way to mix his passions with his purpose. The site has gone through multiple renovations since it was first launched back in 2016. Since the site is catered for the young generation, the overall goal was for the site to look hip/minimalist. For the minimalist look we used black and white colors. For the hip look, we chose trendy font and filled the site with colorful images. We used the parallax scroll on the images and added a zoom effect when the mouse hovers over it. We also made sure the site was mobile responsive. If the site didn’t look great on a smartphone, almost no young people would stay on the page. 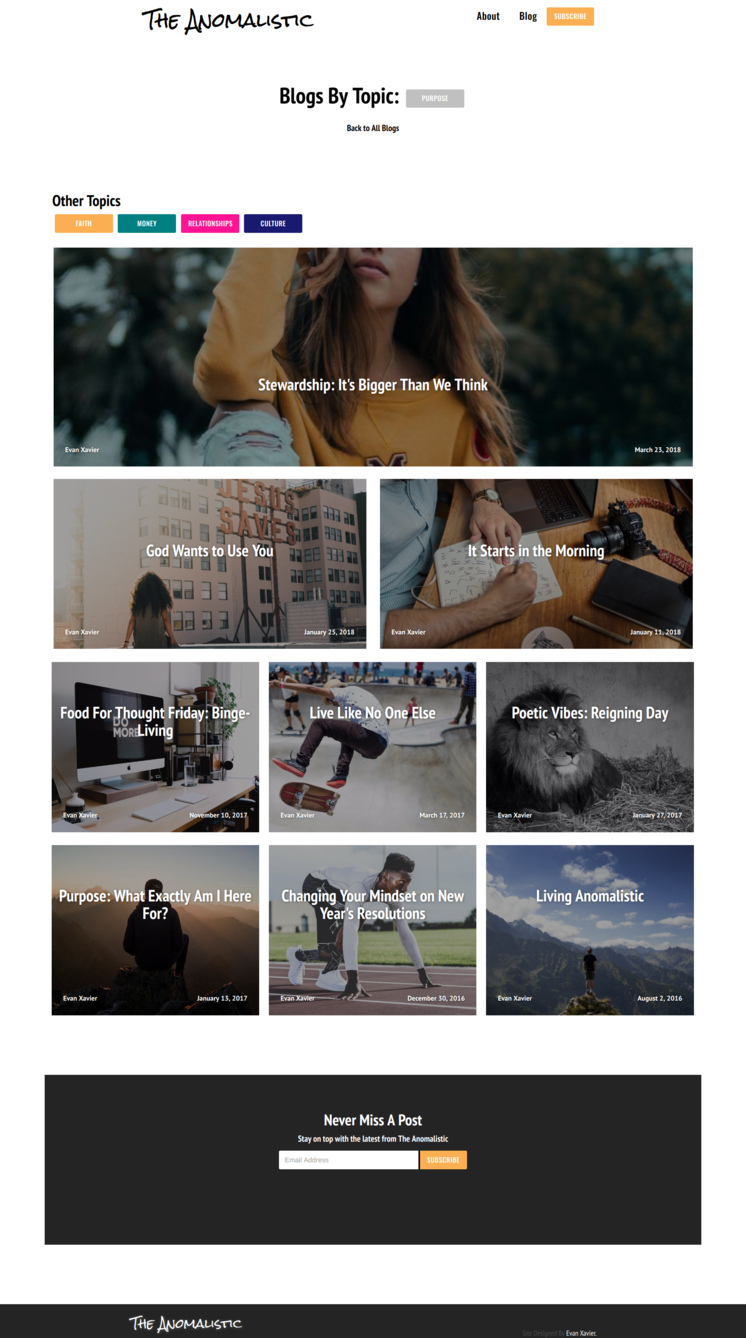 Thank You For Your Message

We will be in touch with you shortly!
Oops! Something went wrong while submitting the form.